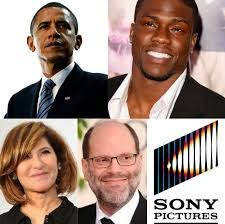 The past twelve
months have absolutely flown by. Talk to anyone young or old and they share the same sentiment. I’m certain it’s a symptom of the
fast-paced world we live in, one that has us incessantly running at warp speed from
the moment we open our eyes till the second our head hits the pillow. Our busy
lives have not only made time pass more quickly they have opened the floodgates
for bad behavior. We’re simply too
exhausted to self-regulate, desperately trying to gain attention, or frantically
trying to cover up a misstep. We live under a microscope of scrutiny where our
every move is monitored with little margin for error.  Those that shine are the lucky individuals
who have their heads on straight, keep their manners intact, and
their eyes on the prize (whatever it may be). Let’s take a look at this year’s
best and worst manners moments as we bid adieu to 2014 and usher in twenty-fifteen.


In
Entertainment
Best: King of Late Night, Jimmy Fallon and ABC World
News Tonight anchor, David Miur. Both gentlemen took the helm in their
respective fields this past year adding a touch of grace and class to late
night and the evening news. They are not only uber-talented, they are good-natured,
possess an incredible work ethic, inspire millions and exude a passion for what
they do.

Worst:
Sony Pictures exec Amy Pascal whose character came into question after a
massive Cyber Attack exposed less than flattering, racially toned email
communications she shared with film producer Scott Rudin about President Obama
and a host of Hollywood stars. Although she made her best attempts to
apologize, the revealing comments sent a larger message throughout the industry
and provided a wakeup call for how business will be conducted in the future. Justin
Bieber made our list again for more outrageous behavior including egging a
neighbor’s home. And, Dennis Rodman who befriended the North Korea dictator, Kim Jong-un – coincidentally the subject
of the controversial film, “The Interview” which sparked the Sony hacking fiasco – checked into an alcohol-rehabilitation center after facing embarrassment
and backlash for his visit to North Korea.

In
Comedy
Best: We lost two legendary
comic geniuses this past year, Joan Rivers and Robin Williams. While their
brands of comedy were vastly different – Rivers a brash girl from Brooklyn known
for her acerbic, self-deprecating wit and Williams an improvisational wizard and
stand-up extraordinaire living in San Francisco – both were considered national
treasures, true professionals, loving parents, and kind souls who treated
everyone with great affection and respect.
Worst: Beloved Bill Cosby did
not end the year on a high note.  The
groundbreaking comedian known as a trusted figure pitching such wholesome
brands as Jell-O and promoting education and good values through his “Fat
Albert” series faced a litany of allegations accusing him of sexual misconduct and
rape.  His mishandling of the charges and
inaction has resulted in the shattering of his squeaky clean reputation and has
halted both his current and future projects.
In Politics
Best: Their Royal
Highnesses, The Duke and Duchess of Cambridge, have topped our list once again
with the news of a second child expected in April. They took the U.S. by storm
in December charming and disarming everyone with a series of engagements on
behalf of the Royal Foundation and other charities with which they are closely
associated.
Worst: The news
conference held for Governor Chris Christie as an attempt to apologize for the alleged
closing of traffic lanes on the heavily traveled George Washington Bridge.  ‘Bridgegate’ as it was later dubbed, was
apparently a retaliation to Fort Lee Mayor, Mark Sokolich, for not endorsing
Christie’s re-election bid.

In
Sports
Best: Derek Jeter who
wrapped up a twenty year career in Major League Baseball for the New York Yankees.  He was
one of the greatest players of his generation winning five World Series
championships and the admiration of millions. While maintaining a very
high profile career, he successfully avoided major controversy or scandal and
instead was known for his consummate professionalism and strong work ethic.
Worst: Real estate
mogul and former Los Angeles Clippers owner, Donald Sterling, for his thoughtless,
racist remarks which were taped and subsequently released to the public
resulting in the forced sale of his NBA team, a hefty fine of $2.5 million
dollars and a banishment from the NBA for life.  Top of our list also goes to the embattled, National Football League, who is in desperate need of an image boost after suffering a plethora of domestic violence incidents among its players and for mismanagement of its leadership at the top.

In Fashion
Best: Oscar de la Renta who embodied elegance in every
sense of the word endearing himself to throngs of fans spanning the globe from
first ladies and celebrities to socialites and fashionistas. He was the quintessential gentleman, both dapper and
debonair who created a fashion empire that exemplified his zest for life as
well as his eye for quality and impeccable taste.  Flawlessly dressed for
any occasion, his sophistication and style went unrivaled.
Worst: Founder and former CEO of the popular T-shirt company, American Apparel, Dov Charney was fired by his board of directors for ongoing allegations relating to sexual harassment and misuse of company funds.

In Music
Best: Pharrell Williams’ song “Happy” was voted Billboard Magazine’s #1 single for 2014 for its uplifting missive. He’s a permanent entry on the “Best Dressed” lists, a perpetually nice guy and provider building a $35 million after school center for his hometown of Virginia Beach. The singer, Meghan Trianor, tops our list with “All About that Bass,” an anthem song for the thongs of women who struggle with body issues. While it has become a huge dance hit, it is the song’s positive message encouraging girls to love their bodies regardless of their shape that is resonating across the country.
Worst: Nicki Minaj wasn’t the only one contributing to 2014’s unofficial proclamation as the ‘Year of the Rear,’ but she was the worst offender with her racy video for the song “Anaconda” which featured a chorus of women shaking their behinds in the jungle sending the wrong message to young women about the power of their sexuality.

And there you have it, another year passes with a sprinkling of good, the ridiculously bad, and the downright ugly.  Let’s hope this next twelve months shows increasing signs of hope for a brighter future for our nation, one where we tip the scales of good and say so long to the bad and the ugly.