Bullying – A Rite of Passage or a Dangerous Path to Destruction 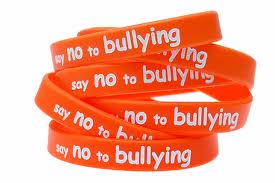 It was my freshman year of high school. I was excited to begin a new school and had purchased a brand new wardrobe at Ann Taylor for the occasion. I was all prepared to start off the year on a good note. I had my best friend from elementary school to lean on, I joined the drill team with a group of friends and looked forward to the next four years with high hopes. Unfortunately, my experience was not always rosey for it was in high school that I became the victim of bullying. I will never forget the group of mean girls who would torment me for being small. They would spend their evenings making crank calls to my home and spewing out insensitive remarks at my expense. It was painful and still stings to this day. When I think of those girls now with children of their own, I can’t help but wonder how they would feel if the shoe were on the other foot and one of their kids was being bullied by someone like them. Would they care? Did they grow up to become hardened adults? Who knows? Bullying has been around for generations, but the cruelty that has started spiraling out of control in recent years has to stop. As a parent and as an etiquette educator, it has become imperative that we pass on to our children the tools to become decent, considerate, empathetic human beings. If we fail in this department, it will have great repercussions in every aspect of society. October is known as National Bullying Prevention month. This October sent a message loud and clear as it ironically and tragically focused on the death of bullying victim, Tyler Clementi, a college student at Rutgers University who committed suicide as a result of being cyber-bullied by his roommate and friend who took it upon themselves to stream live video of his sexual encounter with a fellow male student. This incident prompted a media storm to bring to the forefront an anti-bullying crusade. CNN’s Anderson Cooper devoted an entire week on the subject, People Magazine and the Cartoon Network also mounted campaigns to help shed light. Celebrities spoke out to share their personal experiences with bullying and activists jumped in to provide tips on prevention. Below are some of the highlights we have compiled, as well as our thoughts on how to combat bullying through manners.

Anyone is a target for bullying. Bullying is an equal-opportunity offender where anyone can become a target. Victims are bullied for everything from being overweight to being underweight, for a bad haircut or for having curly hair, for wearing certain clothing, for their religious beliefs, for a physical disablement or a speech impediment, for their sexual orientation or for just being different.

Education and information is key. Kids know that bullying is wrong. They have attended countless assemblies on the subject. It is no longer enough to just speak about the problem and what kids should not to do. Instead they need to be armed with the tools on what they can do to prevent bullying and the education must be age appropriate and continued year after year. Kids must be educated on what constitutes bullying. Many kids know acts of physical harm are considered bullying, but they are not aware that teasing and spreading rumors or gossiping or excluding someone from a group is also considered bullying. Kids need to understand there are consequences of their actions. They need to know the difference between bully and cyber-bulling. They must comprehend that any mean, hurtful or threatening messages, posts, or videos they send online, through their cell phones and other mobile devices are permanent and can be used against them and, in some cases, may be considered criminal evidence. Hearing these cold, hard facts might help kids accept a no tolerance level on all forms of bullying. Safety and structure starts with the curriculum. 160,000 kids don’t go to school because of bullying. To make a dent in this epidemic, kids must feel that there is a safe environment for them to share that bullying is taking place. Teachers and administrative staff must also be instructed on prevention and solutions so that they may positively impact a situation. Curriculum that focuses on character building traits that promote empathy, honesty and respect must be incorporated into everyday learning to provide kids with the tools to feel confident and secure within themselves so that they will not need to put others down to feel in control. Most importantly, kids need to receive positive reinforcement from each other and from the school encouraging them to make wise choices and pointing them towards civility and good behavior. The goal is for these rewards to far outweigh the “reward” the bully gets for their negative behavior.

Technology has only exacerbated the situation.

Technology has significantly raised the stakes giving bullies new ammunition and a new way to torment their victims online 24/7. Bullying is no longer limited to in-your-face confrontations on the school yard, it takes place after hours and in the home and parents may not even be made aware of it. Internet kids are experiencing cyber-bullying on social networking sites such as MySpace, FormSpring and FaceBook. The important issue to remember is that bullying is bullying whether online or offline and bullying prevention all boils down to one thing, respect, regardless if you are communicating electronically or having a conversation face to face. Unfortunately, children feel much more free to express themselves without limitations online because it is non-confrontational and one-sided. This presents a very big problem where children are taking liberties to say whatever is on their mind without recourse. Without another person facing them, it is much easier to forget to take into consideration how the other person may feel. Instead, kids are too quick to type a message and hit “send” before thinking about the consequences of their words or actions. Children need to understand that they are equally responsible for the way they express themselves no matter the form, and that with any type of communication, they must put first and foremost “The Golden Rule” to treat others the way they wish to be treated. How instilling a few good manners can help. We can no longer claim bullying as a rite of passage, just kids being kids. It has become a pervasive problem and a parents responsibility in this matter is greater than it has ever been. Bullying can be prevented by instilling what I like to call the three “R’s” – Raising Awareness, Role Modeling and Repetition. First, parents must have a very real conversation with their kids about the value and importance of treating one another with simple respect and common decency. Second, kids need to have solid role models to look up to and revere. This is where parents not only need to talk the talk, but must be able to walk the walk and show their kids firsthand how to be compassionate and kind towards one another. They need to educate them on the difference between positive role models in real life and negative role models that are oftentimes revered in the media. They need to understand that these figures are exaggerated for entertainment value and are not to be emulated. Finally, repetition is key. It is one thing to educate children with these wonderful life tools, but quite another to actually practice them on a daily basis so that they become innate. After all, we are not born with manners. They are learned and change over time as our society continues to grow and innovate. For more information on bullying and bullying prevention, please visit these informative websites:
http://www.lorigetz.com/
http://www.stopbullyingspeakup.com/
http://www.targetbully.com/