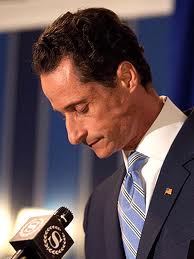 As we wind down 2011 and prepare to usher in a new year, we have been busy meticulously compiling our best and worst manners moments of the last twelve months. As with previous years, unfortunately we have seen a tipping of the scales toward the ill-mannered with an abundance of this year’s entries falling onto our worst category.  There have been several recurring themes whether it be a philandering politician, a volatile celebrity, a cantankerous sports figure or the omnipotent press.
Are we surprised by all of this bad behavior?  Not really.  As our world has become smaller and more complex, our propensity for validation, instant gratification and notoriety has increased.  What is truly astonishing is how these public figures continuously believe that their actions and words will have no effect on those around them.  Equally amazing is the entitlement issue these figures seem to have, once they are in a position of power, that there will be no real repercussions for their transgressions.
It’s not that we expect them to live under the constant scrutiny of a microscope with no room for error for this is virtually impossible.  What we do expect from these figures, however, is some modicum of decorum, a bit of common sense and hopefully a little truthfulness and respect to boot.  We would appreciate a public figure to act like one and to temper their personal desires, to refrain from sharing their innermost thoughts and perhaps remain a tad humble in the process.  Is this too much to ask for?  Apparently so, based on this year’s list of offenders. While we have a great deal of members on our worst list, there are still many notable figures who made our best list and are worthy of a most honorable mention.  Here they are in no particular order below.
WORST The womanizing politicians who were living a little too footloose and fancy free. An ashamed Anthony Weiner and Arnold Schwarzenegger may have been apologetic for their inappropriate behavior, but it wasn’t enough to erase the memory of their sexual indiscretions. Herman Cain, who appeared less apologetic and almost defiant in defending his own sexual allegations, has also suffered the consequences of a political career turned sour due to a lack of self-control. 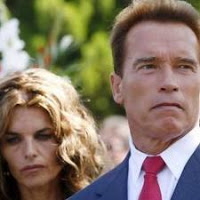 BEST “The Good Wives” for maintaining grace in the face of humiliation. The shame that Maria Shriver and Huma Abedin, two high-ranking professionals in their own right, had to endure was astounding.  Rather than bash their philandering husbands in public, the amazingly strong women kept their personal lives private and conducted themselves with unwavering poise and dignity. 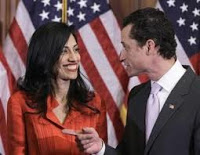 WORST Brett Ratner for looking a gift horse in the mouth.  After being hand-delivered a rare opportunity to direct the 2012 Oscars (because the Academy was looking for a younger hipper director to draw in younger hipper audiences), an arrogant, Brett Ratner, lost all sense of self-censorship spewing anti-gay remarks and flaunting his sexual prowess. The Academy, who was not humored, politely asked him to step down and replaced him with a more seasoned Brian Grazer.  Eddie Murphy, who was hand-selected by Brett Ratner also makes our worst list for not following through on his commitment.  Although, Brett Ratner would no longer be directing, Eddie Murphy should have retained his position as host.  After suffering a bumpy career, the hosting gig might’ve been just the right anecdote to resuscitate his career. 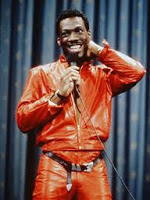 BEST Billy Crystal for stepping up and restoring civility and class as the replacement host of the 84th Academy Awards ceremony.  With his congenial charm and approachable smile, he will entertain us with his quit wit and humorous banter.  Billy Crystal has been an Oscar host favorite reporting for duty eight times in the past (this will be his ninth).  He is best known for his pre-recorded film montages that poke fun at the year’s top nominated films. This should be familiar territory for him and a very welcome reception from audiences around the world.

WORST Madonna for insulting a thoughtful fan who presented her with a bouquet of Hydrangeas.  Apparently, the pop superstar absolutely loathes the beautiful flower and made this known at a press conference at the Venice Film Festival earlier this year.  The unfortunate incident was caught on camera and circulated the web like wildfire.  As they say, there is no such thing as bad publicity and perhaps this unscripted performance lead to her upcoming gig as the Super Bowl XLVI Halftime performer this year in Indianapolis. Better make sure they don’t accidentally line the stage with the flowers!

BEST Celebrities who are able to transform themselves for the better. Lady Gaga has done a 180 appearing in less outrageous attire and blossoming into an elegant songstress and entertainer this year. Acting as both producer and director of “A Very Gaga Thanksgiving” for ABC, Lady Gaga came across as a poised, patriotic performer who seamlessly mixed solid singing performances with cooking segments and even a moving interview with Katie Couric.  The pop icon has taken charity to a new level introducing the Born This Way Foundation she started with her mother dedicated to empowering youth and inspiring bravery. 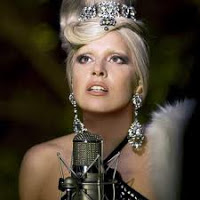 WORST Entitled adult celebrities who act like children.  Charlie Sheen takes the cake in this category for publicly biting the hand that feeds him. The blatantly disrespectful, anti-Semitic remarks spewed towards showrunner, Chuck Lorre, were the last straw in a line of acts that ended his long-standing role on the hit show “Two and a Half Men.”  This category wouldn’t be complete without a nod to Chris Brown for punching his fist through a window at a Good Morning America appearance, Patti LaBelle for giving new meaning to a “new attitude” as she yelled and threw water at a innocent toddler who was in her way, Snooki for spacing out and crashing into a police car in Italy and let’s not forget Miss Lindsay Lohan for her court-ordered stints at the morgue and continuing her downward spiral by agreeing to pose for Playboy.  Donald Trump for questioning the authenticity of President Obama’s birth certificate. It takes a lot of chutzpah to stand on a soap box and make it your mission to bring down the President of the United States over a piece of paper. 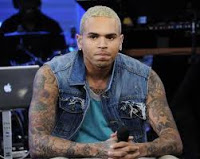 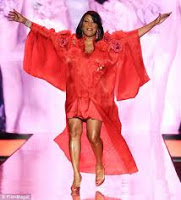 WORST Celebs who think airline rules are only for civilians.  This summer Girard Depardieu apparently couldn’t hold it in any longer.  When the crew of the Air France airline told him to stay in his seat until takeoff, the legendary French actor had other plans and, to the astonishment of everyone, decided to perform the act right in the middle of the cabin!  More recently, American actor Alec Baldwin was booted off an American Airlines flight for refusing to turn off his iPad while he was in the middle of playing a popular electronic game “Words with Friends.”  The actor felt it was not necessary to turn off the machine since the aircraft was not in flight. Not only did he act belligerent, but he then buried himself even further in turmoil by tweeting about the incident and badmouthing American Airlines in the Twitterverse for all the world to see!

BEST Celebrities Kate Winslet and George Clooney are at the top of our list for heroic acts of bravery and maintaining a positive image in the public eye.  Kate Winslet, who was houseguesting at Sir Richard Branson’s Caribbean home when a fire broke out, ceremoniously carried and rescued his 90 year old mother out of the flames and away to safety. George Clooney deserves a spot on our list. Whether he’s stepping out on the red carpet here in Tinseltown or volunteering his time to a third-world country in need, the debonair actor consistently keeps his squeaky clean, all around good guy persona intact.  His run of good films this year with “The Ides of March” and “The Descendants” certainly helps. Aussie gentleman, Hugh Jackman, receives a well-deserved nod this year.  His “Back on Broadway” show is a massive hit and he helped raise $1 million for Broadway Cares. He is consistently gracious and kind towards all those he comes in contact with and his talent is equally matched by his good nature. 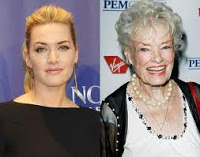 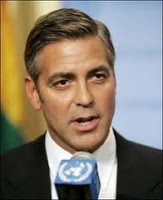 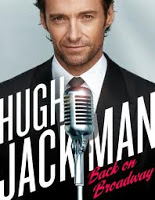 WORST  Over-the-top weddings. The nuptials of Kim Kardashian and her bridegroom Kris Humphries served as nothing more than a colossal distraction and resulted in a huge downfall tarnishing both of their careers and portraying them in a very unflattering way.  With questions over whether to return the hundreds of gifts, the engagement ring or the money to produce the event, the 72 day marriage that abruptly ended after Kris was caught receiving lap dances from two different girls, damaged more than just their egos.

WORST Sports figures and sports fans that lose their cool.  Whether it’s two NFL coaches letting their emotions get the best of them when going in for a congratulatory handshake at the end of a game or an aggressive player shoving and then stomping on an opposing team members arm in the heat of the moment, or a crowd of fans at a NASCAR race in Florida booing First Lady Michelle Obama and Jill Biden who were there to support a charitable cause dedicated to the hiring of veterans just because they didn’t agree with their political party, the sports world has become a den of incivility. The horrific displays of poor sportsmanship by coaches, players and fans has reached epic proportions.  Our worst list must also mention sports legends who turn their backs on those in need. Joe Paterno’s prolific career at Penn State will forever be marred by the stain of lies and betrayal towards the children and families who trusted him. 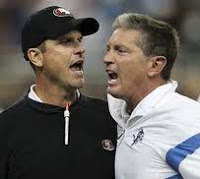 WORST Media empires that break the rules and cross the line.  Rupert Murdoch’s, precious News Corp threatened dismantling over a wire-tapping scandal that involved reporters of its’ British tabloid paper, News of the World.  The serious allegations involved hacking into the cellphones of various celebrities, politicians, crime and military victims all to obtain exclusive stories ahead of the competition. The illegal conduct resulted in the closing of its doors after 168 years as Britain’s biggest selling newspaper.

WORST Twitter etiquette blunders.  The Twitter master himself, Ashton Kutcher, suffered the wrath of his own demise and not for cheating on wife, Demi Moore, but for his ignorance in defending Joe Paterno in the Penn State sexual abuse scandal.  Without having all the facts, he flippantly typed his support for the coach which led to a watershed of backlash from followers everywhere.  Gilbert Gottfried also learned the hard way that what you say, even if it is only 140 characters, matters.  The comedian who has been doing commercials for AFLAC for over a decade was fired after tweeting a bunch of jokes over Twitter about the Japanese earthquake. 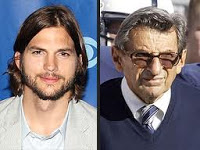 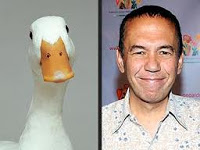 Wow, this year certainly provided us with good fodder for our best and worst list. Anyone else you’d like to add?  Please share with us. We’d love to hear from you!!