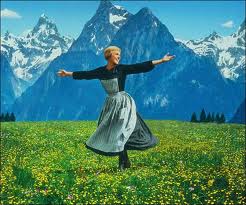 When I work with clients, we always begin with the first impression and I explain to them that how we sound and how we look are the primary criteria people use to form their initial opinions about us. How we sound, in fact, is a very big part of who we are, where we were born and the environment in which we lived. For example, a person raised in Fargo, North Dakota sounds completely different from another person born and bred in Brooklyn, New York or Macon, Georgia for that matter. Everyone has an accent whether it is easily detectable or not and in some cases it can become a barrier to our expression.

While it would be wonderful for everyone to sound like Julie Andrews straight out of “The Sound of Music,” that is not reality. Many are inhibited by the way they sound and others use the way they sound to their advantage. Some even make an entire career out of it! In thinking more about this subject, I realized that how we sound conjures up very vivid images of people, some stereotypical, with characteristics that the person may or may not feel is truly representative of them. For instance, why do we assume that people from Britain are intelligent or that people from the south are friendly or that Italian gentleman are suave? Let’s take a look at some of the more common accents and stereotypes, as well as how accents are perceived in the work environment.

The British Accent. When we look at the character of Julie Andrews above, every word uttered out of her mouth is like music to our ears, whether she’s playing the character of a governess, a magic nanny, a Queen of Genovia or anyone else. In each of her on-screen roles, she is seen as competent, fastidious, intelligent and capable, all positive attributes that have served her well. Most people associate a British accent with professionalism, intelligence and class. It’s no surprise that businesses interested in putting their best foot forward will hire a British person to record their company message or do voice overs for their advertising campaigns. We see this frequently in films. Just look at the character, Pippi, the professional assistant portrayed in “Mr. Popper’s Penguins.” Her British accent coupled with her extreme resourcefulness made her out to be the world’s greatest assistant. Even in my profession, I have often wondered if it is easier for someone who is British to teach manners because the material lends itself to images of white lace, high tea and sophistication.

The Southern Accent. When I hear a southern accent, I immediately assume the person is going to be warm, polite and accommodating. I think of big toothy smiles and friendly greetings. My mind immediately goes to Matthew McConaughey in a cowboy hat and matching boots or Reese Witherspoon sitting on her grandmother’s porch drinking a mint julep. A perfect example is the character, Kenneth, on “30 Rock” who is portrayed as the hard-working, country boy who will bend over backwards to please the crazy mix of personalities that inhabit his office.

The New York Accent. I’m from New York originally and I do not think I have an accent as I left the city at a young age and was raised in Florida and California, but some people still detect the New Yorker in me. Most people would agree that a New York accent is often perceived as brash, working class and abrupt. People automatically think that if you are from New York, the concrete jungle, you are going to be impatient and rude. New York icons from Robert “you talkin’ to me” DeNiro to Barbra Streisand and even Nanny Fine present us with very clear stereotypical images of the city and its inhabitants.

The Midwestern Accent. Some folks in this part of the country suffer the worst stereotypes because they are unfortunately seen as unsophisticated and provincial. We can’t help but think of the movie “Fargo” and the mundane conversations spoken between lead character, Marge and her husband Norm Gunderson, whose heavy Minnesota accents offer a backdrop of hilarity to the entire film.

The Latin Accent. Fiery, steamy, sultry, sexy – these are the words generally associated with the Latin accent. From Don Juan to Ricky Ricardo and Javier Bardem, when these men open their mouths to speak, women just fall at their feet. The Latin accent has always been thought of as the language of love whether French, Spanish or Italian. Women too fall into this category with Sophia Loren and Penelope Cruz ranked high on the scale.

The Everyman Accent. Then there’s the quintessential everyman himself, Tom Bodett, spokesperson for Motel 6, reminding us that he’ll “leave the light on” if we need a convenient and inexpensive place to stay. Advertising firms search long and wide for the perfect voice that sounds warm, welcoming and inviting. Celebrities like Allison Janney have built second careers doing voice over work for national companies. She is well known as the trustworthy, comforting voice for Kaiser Permanente’s THRIVE campaign.

Accents in the Workplace. Depending on the nature of your work, your regional or national accent, may either be helpful or a hindrance to your career. Think about the person on the front lines answering the telephones dealing with customers and clients. Studies have shown that people with regional accents are actually perceived to be more trustworthy than other sounding accents. It is always wise to determine whether your accent has a positive or negative affect on your career advancement. A gentle toning down of an accent in certain circumstances can make all the difference. The bottom line is, whether you have a detectable accent or not, what may be far more damaging, is what you say and how you say it.

Emphasize Your Speech. Regardless of your accent, following these simple tips for good speech will help: (1) Breath – practice deep breathing, (2) Volume – adjust your volume to increase or decrease emphasis, (3) Pitch-is it high or low, low sounds more confident and powerful; (4) Rate – do you speak fast or slow, vary it, (5) Intonation and Inflection – this refers to the melody of your voice, show excitement, monotone is boring, (6) articulation and pronunciation, be precise, speak slowly and clearly; (8) Junk Words – stay away from lazy words such as “like,” “huh,” “nah,” “yeah,” “you know.” They make us sound unintelligent.

Do you have a thick accent you feel is helping or hindering you in your personal or professional life? Please share, we’d love to hear from you!